Operations Manager, Ed Ocañas, started his radio career as a teenager in 1985. At Corpus Christi’s Power 105, his talents were undeniable by the competition, and he was quickly taken by Z95. At Z95 his roles included (but not limited to): Producer for the Jim Lago Morning Show, creator of the Midnight Love Hour, Production Director, Program Director and Operations Manager. During his many years, he was not only a part of, but also led the radio group to the highest ratings the city has ever seen and for 5 consecutive years, Mr. Ocanas won Radio & Records Rhythmic Radio Station of the Year for the entire United States. 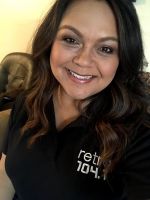 Program Director, Arlene Cordell, pursued her destiny on the airwaves of Corpus Christi in 1996. At Z95, she moved from overnight shift to the ever-so coveted morning show spot, in less than one year with her amazing ability to capture listeners with her warm, inviting voice and magnetic personality. Arlene is married to her high school sweetheart and has 2 beautiful girls, who call her mom.

Born and raised in South Texas, DJ Jon O’s hometown is Corpus Christi, Texas. DJ Jon O did not grow up in the 70’s or 80’, but his love and passion for music started when he was just 15 years old, specifically the 70’s and 80’s. He’s always enjoyed listening to 70’s, 80’s, new wave, 90’s & 2000’s era music. Pursuing his passion, he then started to take it another level by learning how to DJ on Dual CD players. He then progressed to turntables with vinyl records, and then began to master his craft by learning how to mix songs back to back and beat to beat, with smooth transitions, along DJ-style scratching with vinyl records. His next goal was to begin his radio career. Ed Ocanas, his mentor, and the man who gave him his first break with a radio gig at Z95, believed in his ability and DJ Jon O has been doing it, since! His 13-year radio career has given him experience as an on-air personality, on-air mixer, club DJ at Tejanoville, Club Toxic, Macaws Street Pub for the original Saturday Night Retro Party (currently THE NEST) and Chelsea’s. His master mixing skills can be heard at two clubs weekly on Retro 104.1…Chelsea’s Weekend Starter Party on Fridays & The Original Saturday Night Retro Party on Saturdays at The Nest. 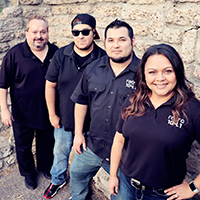